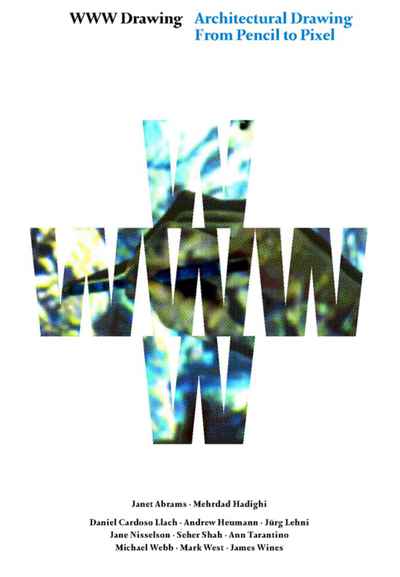 An architectural drawing book looking at the critical practice of various methods of drawing, their conception and their reception in the world.

WWW.Drawing refers to two realms — One is the realm of the three 'W' authors — West, Wines and Webb — who came to the Pennsylvania State University's Department of Architecture in late March 2013, making large-scale drawings with students on the Stuckeman family building. The other is the realm of the World Wide Web.

Today, drawing is a mediated discipline. Its value is not constituted by how "pure" it is, how it depicts, or how it expresses. Rather, its value is gauged in terms of critical practice: how drawing establishes and maintains a circulation between ideation and materialisation, between things intelligible and things sensible. Although drawing appears as a static thing recorded on a medium, circulation is important in its conception. This is indeed the very thing that defines it. Every great drawing must circulate between the physical activity (whether by pencil, or by keyboard) and its criticism — the latter providing reflection that results in iteration and, thus, once again, a circulation through ideation and materialisation.