Land of Wondrous Cold: The Race to Discover Antarctica and Unlock the Secrets of Its Ice Gillen D'Arcy Wood 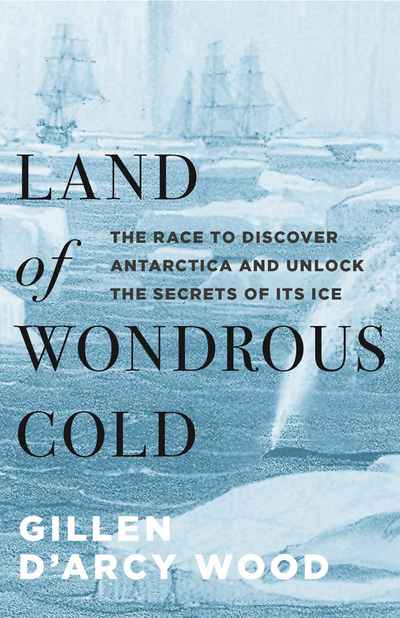 Land of Wondrous Cold: The Race to Discover Antarctica and Unlock the Secrets of Its Ice
Gillen D'Arcy Wood

A gripping history of the polar continent, from the great discoveries of the nineteenth century to modern scientific breakthroughs.]

Today, the white continent poses new challenges, as scientists race to uncover Earth's climate history, which is recorded in the south polar ice and ocean floor, and to monitor the increasing instability of the Antarctic ice cap, which threatens to inundate coastal cities worldwide. Interweaving the breakthrough research of the modern Ocean Drilling Program with the dramatic discovery tales of their Victorian forerunners, Gillen D'Arcy Wood describes Antarctica's role in a planetary drama of plate tectonics, climate change, and species evolution stretching back more than thirty million years. An original, multifaceted portrait of the polar continent emerges, illuminating our profound connection to Antarctica in its past, present, and future incarnations.

A deep-time history of monumental scale, Land of Wondrous Cold brings the remotest of worlds within close reach — an Antarctica vital to both planetary history and human fortunes.

'When we think of Antarctic exploration we think of Scott, Shackleton and Mawson and the tragic golden age of polar exploration. But, as environmentalist Gillen D'Arcy Wood reveals there was a first wave in the late 1830s and '40s. His tale revolves around the voyages of French, American and English explorers Jules Dumant d'Urville, Charles Wilkes and James Ross, all involved in an intensely competitive race to Antarctica. Their stories are touched by triumph and tragedy, the uplifting and the poignant with D'Arcy Wood's descriptions of his subjects and the natural world, evocative and vivid – whales 'grazing on the algal film of the ocean's surface like cattle on a meadow'. Woven into this is the history of the region, scientific discoveries, glaciation and climate change, a balancing act D'Arcy Wood carries off with creative poise.' — Sydney Morning Herald, Pick of the Week