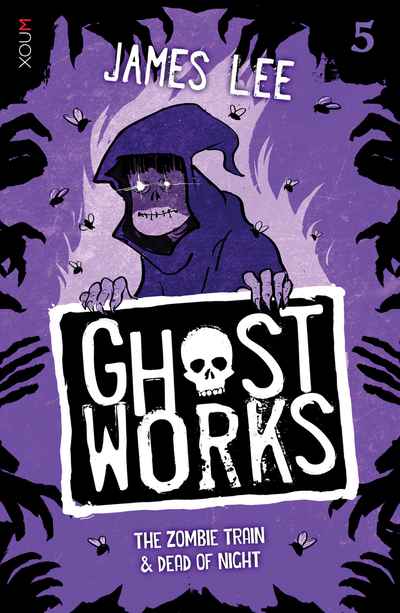 The fifth book in a spine-tingling new series for children aged 8 to 12!

From the phenomenally successful author of the Mr Midnight and Mr Mystery books, which have sold over 3 million copies around the world, comes a fantastically creepy and thoroughly absorbing new series of middle-fiction novels. Each Ghostworks book contains two chilling tales which will entrance young readers. Book 5 features:

Louise and her friends are trapped underground – on a train full of zombies. But even more terrifying secrets await them in an old, abandoned tunnel!

Enter the dead mind of Alexander Hale, a ghost who returns to where he met his fiery end. There he discovers a schoolgirl who needs his help. Can he save her?