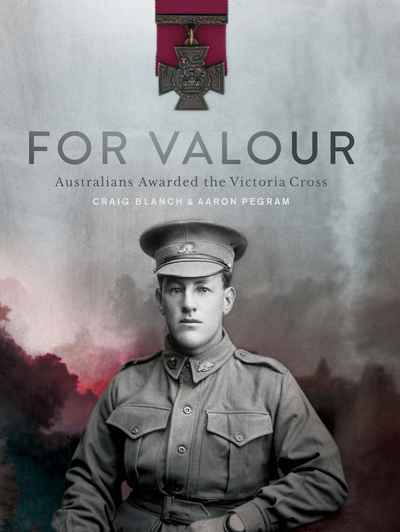 For Valour tells the remarkable stories of the 100 Australians who have been awarded the Victoria Cross for exceptional acts of bravery and self-sacrifice in battle. From Captain Neville Howse of the New South Wales Army Medical Corps in 1900 to Corporal Cameron Baird of the 2nd Commando Regiment in 2013, heroic actions in the Boer War appear alongside those from the First World War, North Russia, the Second World War, Vietnam and Afghanistan. Vivid descriptions of events on the battlefield are matched with biographical profiles of each of the recipients to provide insights into their lives outside wartime service.

With a foreword from Daniel Keighran VC, new archival research and striking photographs and artworks from the Australian War Memorial, For Valour commemorates the servicemen who have been awarded the military's highest honour.

'For Valour commemorates the extraordinary actions and character that the Victoria Cross honours. Vital leadership in times of mortal danger. Rescuing comrades at the risk of one's own life. Standing fast against overwhelming odds.' — Dame Quentin Bryce