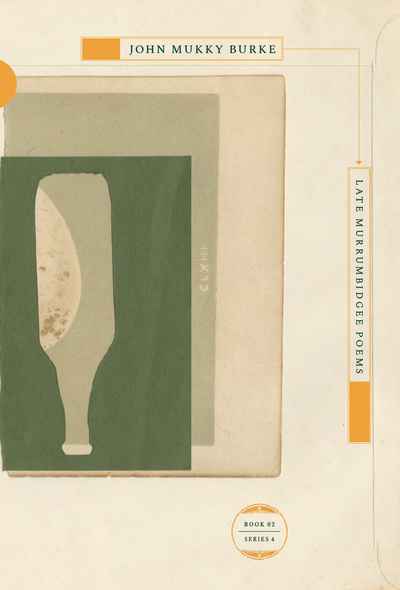 Burke is a poet who has shed many masks and is the better for it. He revels here in the godawful, funny, earthy business of being alive on Country. There is always death, of course, and worse, for 'we people who have walked at midnight have seen a great delight of pain'. Proudly Wiradjuri after battling his white skin for years, now openly gay after decades of closeted torment — Burke's pen crackles with energy.

It is twenty years since Night Song and Other Poems was published. That was a poetic recording of my journey from childhood, through adolescence, marriage and a return to Australia from twelve years in Aotearoa New Zealand. The foci in that book – identity, family, childhood – were deliberately occluded. My sexuality, in the 1980s of its writing, was presented as though I was at the time a straight man coming to terms with my Wiradjuri heritage. I skirted around Aboriginal politics and identity.

'No more. The journey continues in this book and I, as tour guide, take you to unvisited, secret places that were definitely not seen to be acceptable or proper to visit in the past. The Mabo judgement informed much of my thinking in Night Song and there is no doubt that the same-sex marriage debate of 2018 and its outcome inform these poems. They are less tentative and far more certain in my expression of Aboriginal and sexual identity and acceptance.

My real life experiences are here — expressed guts and all — far more honestly than before, and hang the consequences in the open. For me, wholly healthy. A long-time friend has often said, 'It's amazing how death changes you.' Not living authentically has been a living death for me. Like the Ancient Mariner, I have unshackled multiple albatrosses from my being, and have finally blessed all those facets of myself once believed to be slimy, ugly and at all costs to be avoided. The Murrumbidgee is a river I was born next to…and now, seventy and more years later, am returned to.' — John Mukky Burke