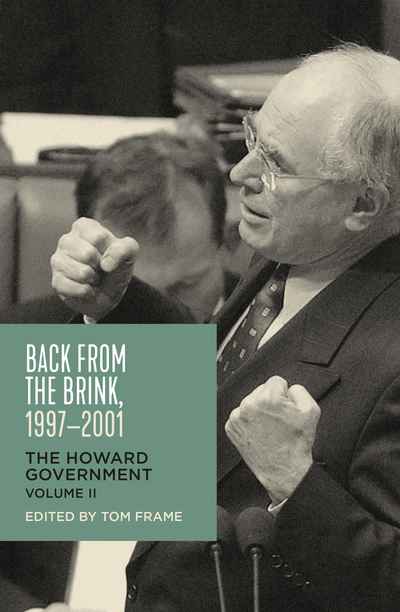 In Back from the Brink politicians, commentators and scholars including Michael Wesley, Hugh White, Peter Costello, Phillipa McGuinness and Tom Frame and take a critical look at the Howard Government's performance, and analyse landmark events -- Wik and native title, a succession of ministerial resignations, the Patrick Corporation waterfront dispute, the Coalition's near defeat at the 1998 election, the response to post-independence violence in East Timor, and the introduction of the GST.