The Science of Harry Potter: The Spellbinding Science Behind the Magic, Gadgets, Potions, and More! Mark Brake, Jon Chase 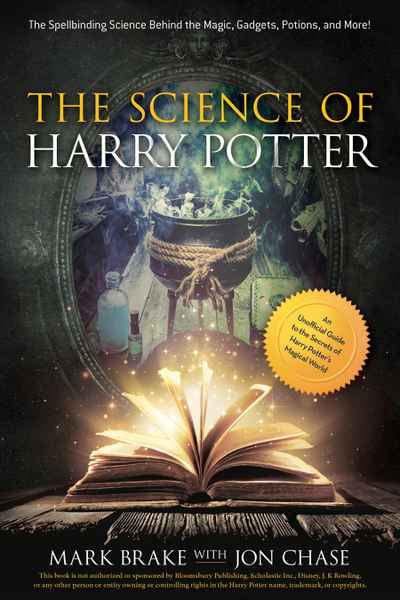 The Science of Harry Potter: The Spellbinding Science Behind the Magic, Gadgets, Potions, and More!
Mark Brake, Jon Chase

Harry Potter has brought the idea of magic and sorcery into mainstream fruition more than any other book series in history. Often perceived as a supernatural force, magic captivates and delights its audience because of its seeming ability to defy physics and logic. But did you ever wonder if science has any explanation for these fantastic feats?

The Science of Harry Potter examines the scientific principles behind some of your favorite characters, spells, items, and scenes from the Harry Potter universe, providing in-depth analysis and scientific facts to support its theories.
The scientific questions examined within this book include:
Will we ever see an invisibility cloak? How hazardous is a flying broomstick? How has medicine made powerful potions from peculiar plants? Can scientists ever demonstrate Wingardium Leviosa? Is it possible to stupefy someone? And many more!
Witches and wizards alike will be fascinated by the merging of this improbable realm and real science.