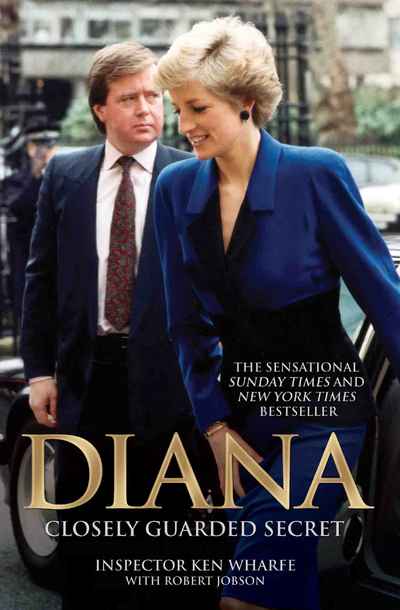 Inspector Ken Wharfe, the first royalty protection officer to publish a memoir, was a crucial figure in the life of Diana, Princess of Wales, for nearly seven years from 1987. In that time, he became a close friend and trusted confidant who shared her most private moments. His first-hand account takes issue with many of the so-called ‘facts’ about the Princess and provides an affectionate, if not always uncritical, insight into this complex, troubled, but ultimately fascinating woman.

Here is the authentic voice of a man who played an important role during Diana’s most trying times, and in her beloved sons’ formative years, and who shows himself to be an exceptionally perceptive observer of the events that unfolded around the Princess. After Inspector Wharfe resigned his position in 1993 (making headline news), Diana announced her withdrawal from public life and axed her Scotland Yard protection – a decision her former ‘top cop’ believes led ultimately to her death.

This account presents the most intimate portrait of Diana to date, as well as a fitting tribute to one of the outstanding figures of our age.