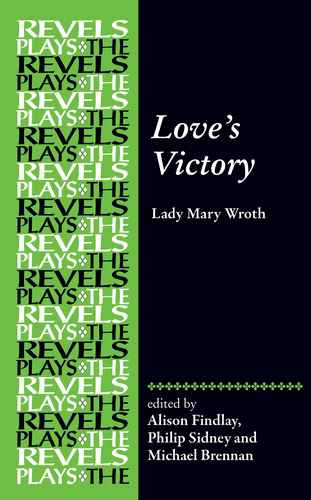 Love's Victory is the first romantic comedy written in English by a woman, and this Revels edition is the first fully-authorised, modern spelling edition of this play by Lady Mary Wroth.

The Revels Plays publishes for the first time a fully-authorised, modern spelling edition of the Penshurst manuscript, the only copy of the play containing all five acts, handwritten by Wroth and privately owned by the Viscount De L'Isle. Edited by Alison Findlay, Philip Sidney and Michael G. Brennan, their critical introduction provides details of Wroth's remarkable life and work as a member of the Sidney family, tracing connections between Love's Victory, her prose and poetry and her family's extensive writings. The editors introduce readers to the influence of court drama on Love's Victory and offer a new account of the play's stage history in productions from 1999-2018. Extensive commentary notes guiding the modern reader include explanatory glosses, literary references and staging information.