Music Scenes and Migrations: Space and Transnationalism in Brazil, Portugal and the Atlantic
Edited by David Treece 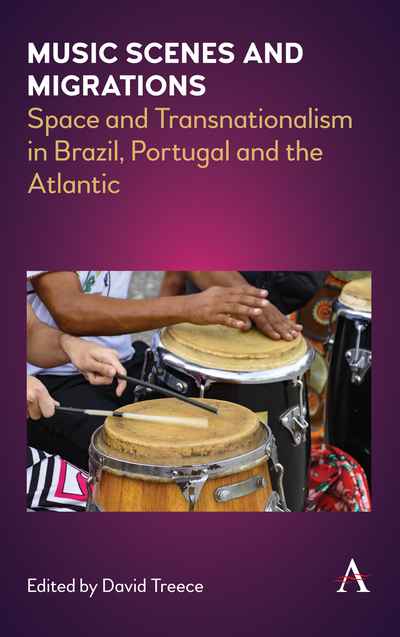 Music Scenes and Migrations brings together new work from Brazilian and European scholars around the themes of musical place and transnationalism across the Atlantic triangle connecting Brazil, Africa and Europe.

Moving beyond now-contested models for conceptualising international musical relations and hierarchies of powers and influence, such as global/local or centre/periphery, the volume draws attention instead to the role of the city, in particular, in producing, signifying and mediating music-making in the colonial and post-colonial Portuguese-speaking world. In considering the roles played by cities as hubs of cultural intersection, socialisation, exchange and transformation; as sites of political intervention and contestation; and as homes to large concentrations of consumers, technologies and media, Rio de Janeiro necessarily figures prominently, given its historical importance as an international port at the centre of the Lusophone Atlantic world. The volume also gives attention to other urban centres, within Brazil and abroad, towards which musicians and musical traditions have migrated and converged - such as Sao Paulo, Lisbon and Madrid - where they have reinvented themselves; where notions of Brazilian and Lusophone identity have been reconfigured; and where independent, peripheral and underground scenes have contested the hegemony of the musical 'mainstream'.