Australia and the World 1931—1936: Documents on Australian Foreign Policy
Edited by James Cotton 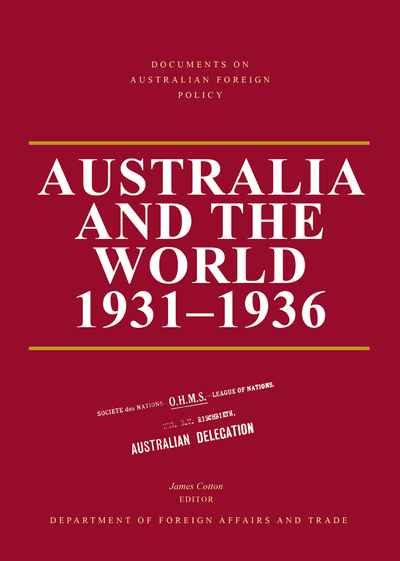 Commissioned by the Department of Foreign Affairs and Trade in the prestigious Documents on Australian Foreign Policy series, this is a comprehensive survey of Australia’s foreign and trade policy from 1931–1936.

This volume in the prestigious Documents on Australian Foreign Policy series —Australia and the World, 1931-36 — offers a selection of documents illustrating the framing and execution of Australian foreign and trade policy between the years 1931 and 1936. This was a period of twin global crises. The relative economic stability of the 1920s was undermined by the depression initiated by the Wall Street financial crash of 1929. The international order framed by the Versailles settlement began to unravel with the rise of authoritarian regimes, and the League of Nations proved unequal in the struggle to contain aggression, first in East Asia – following the ‘Manchurian incident’ of 1931 — and then in Ethiopia and Europe.