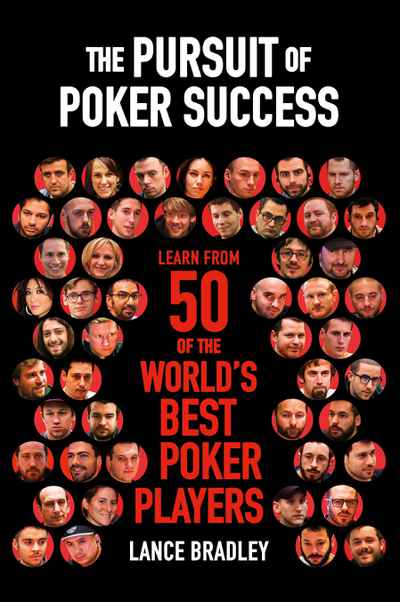 Lance Bradley interviews 50 of the world's best poker players to find out how they became so successful. Some poker players become immensely successful while others fall by the wayside. Why? What is it that separates the successes from the failures? Is there a magic formula?

Over the last 12 years, Lance Bradley has been one of poker’s leading journalists and now finds himself at the helm of PocketFives.com as President and Editor-in-Chief.

During his time covering the poker world, Bradley has interviewed hundreds, if not thousands, of the world’s best players. This experience has revealed one fascinating trend; contrary to what might be expected, there is no single guaranteed path to success.

Each and every poker player featured in The Pursuit of Poker Success has taken their own route to becoming one of the world’s best players. The players interviewed for this book include World Series of Poker bracelet winners, World Poker Tour champions, online poker wizards and some of the best cash game players on the planet. Bradley spoke to each player about the way in which they found success in a game that can be humbling for so many. What worked for them can work for you.