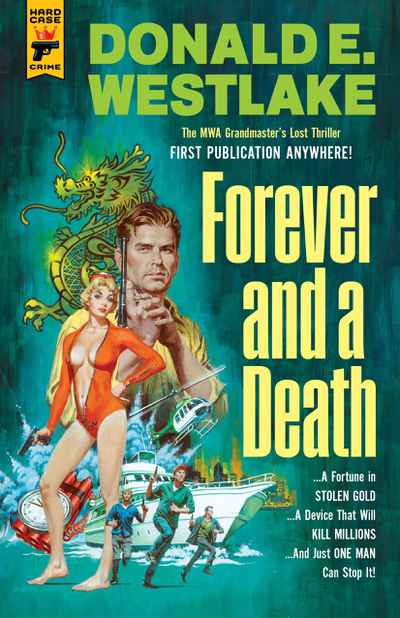 Academy Award nominee Donald Westlake (The Grifters) returns with a never-before-published thriller based on his story for a James Bond movie that never got made! With an afterword by Bond producer Jeff Kleeman.

A formerly rich businessman thrown out of Hong Kong when the Chinese took over from the British decides to fix his dire financial problems and take revenge on the Chinese by tunnelling under Hong Kong's bank vaults and stealing all their gold, then using a doomsday device to set off a "soliton wave" that will turn the ground to sludge, causing the whole city to collapse.

Only the engineer on his staff who designed the soliton wave technology (intending it for good purposes, to help with construction projects) can stop him, working together with a beautiful young environmental activist who gets caught up in one of the soliton tests and nearly killed.

From the deck of a yacht near the Great Barrier Reef to Australia and Singapore and finally Hong Kong itself, it's a deadly game of cat-and-mouse as our heroes first struggle to escape the villain's clutches and then thwart his insanely destructive plan.