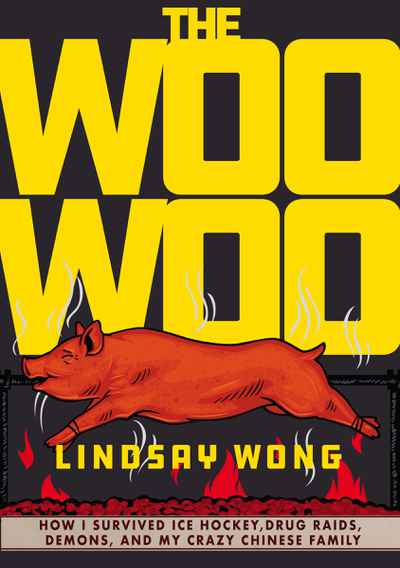 In this jaw-dropping, darkly comedic memoir, a young woman comes of age in a dysfunctional Asian family who blame their woes on ghosts and demons when they should really be on anti-psychotic meds.

Lindsay Wong grew up with a paranoid schizophrenic grandmother and a mother who was deeply afraid of the "woo-woo"―Chinese ghosts who come to visit in times of personal turmoil. From a young age, she witnessed the woo-woo's sinister effects; when she was six, Lindsay and her mother avoided the dead people haunting their house by hiding out in a mall food court, and on a camping trip, in an effort to rid her daughter of demons, her mother tried to light Lindsay's foot on fire.

The eccentricities take a dark turn, however, when her aunt, suffering from a psychotic breakdown, holds the city hostage for eight hours when she threatens to jump off a bridge. And when Lindsay starts to experience symptoms of the woo-woo herself, she wonders whether she will suffer the same fate as her family.

At once a witty and touching memoir about the Asian immigrant experience and a harrowing and honest depiction of the vagaries of mental illness, The Woo-Woo is a gut-wrenching and beguiling manual for surviving family, and oneself.