The Girl in Red Christina Henry 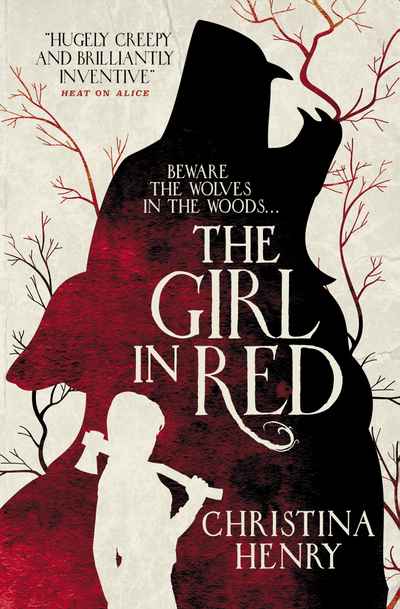 The Girl in Red
Christina Henry

From the national bestselling author of Alice comes a post-apocalyptic take on the perennial classic Little Red Riding Hood…about a woman who isn't as defenceless as she seems.

It's not safe for anyone alone in the woods. There are predators that come out at night: critters and coyotes, snakes and wolves. But the woman in the red jacket has no choice. Not since the Crisis came, decimated the population, and sent those who survived fleeing into quarantine camps that serve as breeding grounds for death, destruction, and disease. She is just a woman trying not to get killed in a world that doesn't look anything like the one she grew up in, the one that was perfectly sane and normal and boring until three months ago.

There are worse threats in the woods than the things that stalk their prey at night. Sometimes, there are men. Men with dark desires, weak wills, and evil intents. Men in uniform with classified information, deadly secrets, and unforgiving orders. And sometimes, just sometimes, there's something worse than all of the horrible people and vicious beasts combined.

Red doesn't like to think of herself as a killer, but she isn't about to let herself get eaten up just because she is a woman alone in the woods...

'As always with Henry's work I was completely drawn in, I read this action packed story in one sitting and highly recommend it to any fans of horror, SFF or retellings.' — An Average Life Review

'Another great offering from Christina Henry that takes a fairytale we are all familiar with and twists it into something even more awesome. Henry never shies away from the gory details and darker themes such as mental health and racism.' — The Paperback Piano Review

'If you like your twisted, apocalyptic, survival novels served up with a side of sass and excitement then look no further than The Girl in Red.' — Bookshelf Butterfly Review

'If you want a fairy-tale retelling with a strong female lead that takes no prisoners in an apocalyptic world then look no further than Christina Henry's The Girl in Red.' — Books Love Readers Review

'I did not expect this to blow me away quite this much...I knew I loved Red on page 10 and it only gets better from there. 5*s' — Books and Lemon Squash Review