May 2020 Children's & YA Backlist Highlights 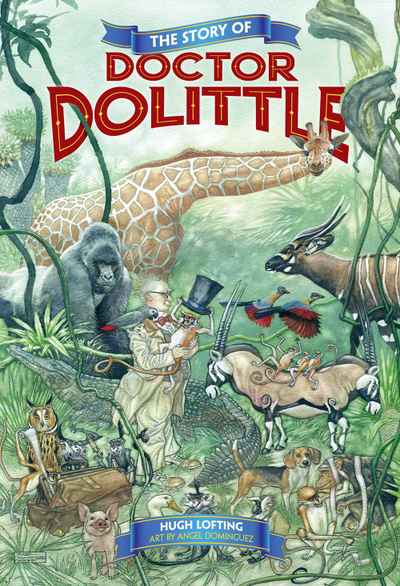 Doctor Dolittle has been beloved by children for more a century and will soon come to life again in the new movie, The Voyages of Doctor Dolittle.
The famous doctor who can speak to animals first appeared in Hugh Lofting's letters to his children during World War I and then later commercially in The Story of Doctor Dolittle, the first book in Lofting's popular children's book series.
Written and illustrated by Lofting himself, The Story of Doctor Dolittle follows John Dolittle and his misadventures with a crew of animals that he befriends. After learning he can speak to animals and he transitions from human medicine to veterinary practice, he loses most of his income and human patients. However, word in the animal kingdom spreads of this doctor with an extraordinary gift. Animals travel from far and wide to visit the doctor's practice and receive treatment for their ailments.
After losing the majority of his wealth, the doctor receives word that an epidemic among monkeys is spreading throughout Africa and makes the voyage to confront the plague-ridden continent. Upon being shipwrecked with his animal crew, a slew of tribulations and adventures ensue in a classic story that has captivated readers young and old for nearly a century.