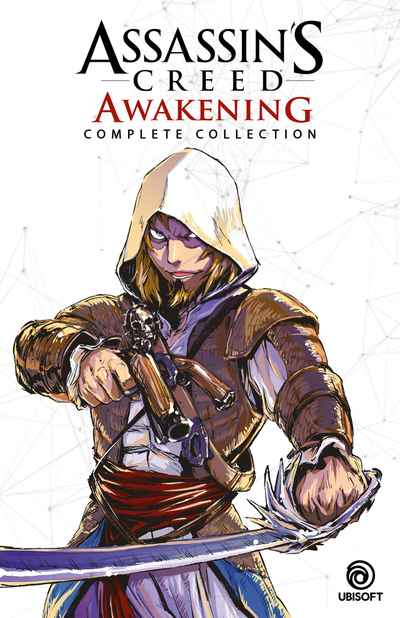 Assassin's Creed Awakening is a manga adaptation of the Assassin's Creed IV: Black Flag video game. It was first serialised in the magazine Jump X and is now collected in this complete edition. The title stars Edward Kenway in the 18th century and Yanao Seijin in the present as Seijin relives Edward's memories under the eye of Abstergo Industries. In 1715, pirates established a lawless republic in the Caribbean and into this world sails a young, cocky, and fearsome captain named Edward Kenway. His skill with a sword and disdain for authority earn him the respect of pirate legends like Blackbeard, but thrust him into an ancient conflict that threatens to destroy everything the pirates have built.

Collecting the two volumes of the epic Assassin's Creed: Awakening manga into one complete edition, this is a must for fans of the franchise.