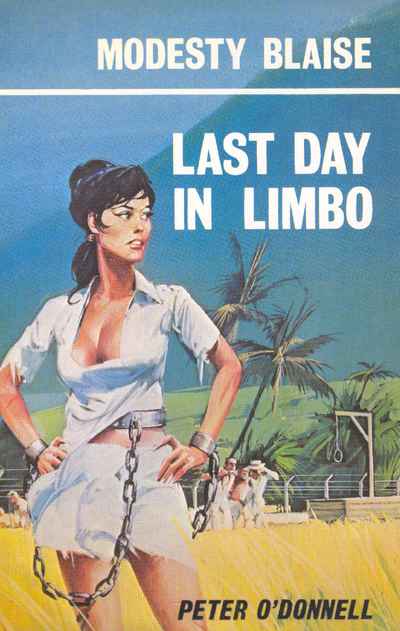 In the jungles of South America lies Limbo, presided over by the Mistress of Limbo, where the men and women enslaved in Limbo have no hope of escape or rescue. Only Danny Chavasse nurses any hope for outside he has a friend who can save him, Modesty Blaise. Modesty, herself, has been chosen to be a slave of Limbo where the Mistress of Limbo has commanded a bizarre sacrifice to the old gods, the death of Modesty Blaise. To destroy Limbo Modesty must first become its captive but the loyal Willie Garvin is alongside her when the battle begins, the battle for survival on the Last Day in Limbo.