Poet of Revolution: The Making of John Milton Nicholas McDowell 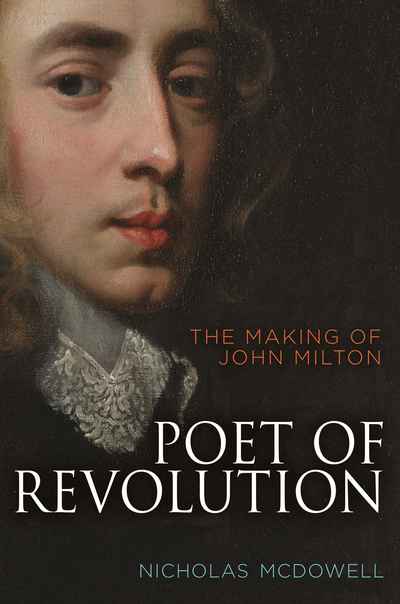 Poet of Revolution: The Making of John Milton
Nicholas McDowell

John Milton (1608-1674) has a unique claim on literary and intellectual history as the author of both Paradise Lost, the greatest narrative poem in English, and prose defences of the execution of Charles I that influenced the French and American revolutions. Tracing Milton's literary, intellectual, and political development with unprecedented depth and understanding, Poet of Revolution is an unmatched biographical account of the formation of the mind that would go on to create Paradise Lost — but would first justify the killing of a king.

Biographers of Milton have always struggled to explain how the young poet became a notorious defender of regicide and other radical ideas such as freedom of the press, religious toleration, and republicanism. In this groundbreaking intellectual biography of Milton's formative years, Nicholas McDowell draws on recent archival discoveries to reconcile at last the poet and polemicist. He charts Milton's development from his earliest days as a London schoolboy, through his university life and travels in Italy, to his emergence as a public writer during the English Civil War. At the same time, McDowell presents fresh, richly contextual readings of Milton's best-known works from this period, including the Nativity Ode, L'Allegro and Il Penseroso, Comus, and Lycidas.

Challenging biographers who claim that Milton was always a secret radical, Poet of Revolution shows how the events that provoked civil war in England combined with Milton's astonishing programme of self-education to instil the beliefs that would shape not only his political prose but also his later epic masterpiece.

'This is a masterful and engaging intellectual biography. McDowell has a new narrative to tell about Milton during these formative years. Chapter after chapter contain fresh information and sharp new readings of Milton's works and the biographical evidence.' — David Quint, Yale University

'This is a superb book and a massive achievement. It will be the decisive book on the subject for a generation.' — William Poole, University of Oxford

'A remarkable book that is a pleasure to read, Poet of Revolution is consistently illuminating — a rigorous, imaginative, and ambitiously comprehensive account of Milton's intellectual development.' — Paul Stevens, University of Toronto