The Sky in the Deep Adrienne Young 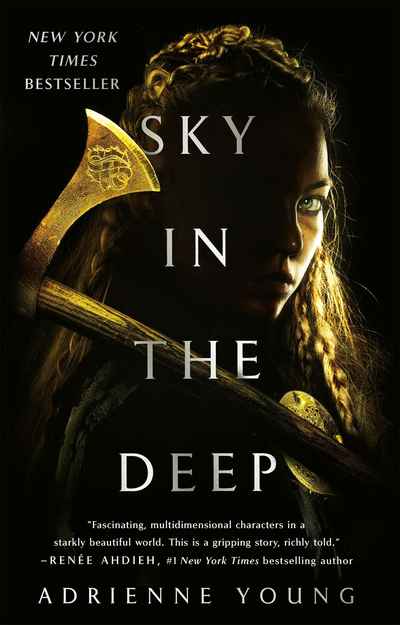 The Sky in the Deep
Adrienne Young

Raised to be a warrior, seventeen-year-old Eelyn fights alongside her Aska clansmen in an ancient, god-decreed rivalry against the Riki clan. Her life is brutal but simple: train to fight and fight to survive. Until the day she sees the impossible on the battlefield — her brother, fighting with the enemy — the brother she watched die five years ago. Eelyn loses her focus and is captured. Now, she must survive the winter in the mountains with the Riki, in a village where every neighbour is an enemy, every battle scar possibly one she delivered.

But when the Riki village is raided by a ruthless clan settling in the valley, Eelyn is even more desperate to get back to her beloved Aska clan, which is rumoured to have been decimated by the same horde. She is given no choice but to trust Fiske, her brother's friend who tried to kill her the day she was captured. They must do the impossible: unite the clans to fight together, or risk being slaughtered one by one.

Driven by a love for her clan and her growing love for Fiske, Eelyn must confront her own definition of loyalty and find a way to forgive her brother while daring to put her faith in the people she's spent her life killing.