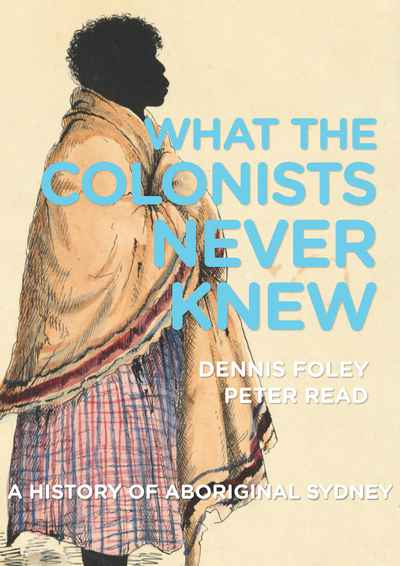 What the Colonists Never Knew paints a vivid picture of what it was like to grow up Aboriginal in Sydney, alongside the colonists, from 1788 to the present.

Dennis, the grandson ofClarice Malinda Lougher, the last practising matriarch of the Gai-mariagal clan, was immersed in cultural knowledge and lore from an early age.Through his eyes we see a Sydney of totemic landscapes resonating with ceremonial sites and ancestral activity, song-lines and walking tracks, habitat caves and middens, and share memories of what has been lost.

At Narrabeen camp in the 1950s we meet Uncle Willie de Serve, a man who wore the scarifications of his ritual life and mentored the young Dennis. 'His face was alive with a thousand stories.'

Dennis also introduces us to Nanna Watson, who lived in a little humpy at Car-rang gel (North Head). 'On a hot summer's afternoon, she would hitch her dress up round her knees and wriggle around in the sand to get a couple of ugaries (pipis), chew one up and spit it into the water and put the other one on the line, and before you knew it she'd have a big whiting or a bream.'

Through the stories so generously told we may reflect on what it means to be a stolen child and one of the 'silent generations', and to fight to safeguard culture and identity. We can sense the responsibility of being the senior Gai-mariagal and the last of the storytellers, and the urgency to document and share the knowledge bestowed on him by generations of his family.

'This is a mesmerising read. It flows from rich anecdotal remembrance loaded with song and lore to incisive commentary about legislation and then slips seamlessly into detailed evocation of pre-colonial life. I have always loved Foley's ability to bring a story to life and Read's measured but uncompromising analysis … I love this bloody book.' — Bruce Pascoe, author of Dark Emu

'There has never been a book like this before. Dazzling, revelatory, unheralded.' — Melissa Lucashenko, author of Mullumbimby and Too Much Lip

'Come into this book to find a Sydney that many of us have never seen. This is a Sydney which to this day belongs to a network of vivid, tenacious, funny and courageous Aboriginal people. Dennis and Peter are both master storytellers and they bring to us the rich and moving stories of people who lived on and travelled around the paths and waterways of the city, to keep close to the people and country they cared about.' — Heather Goodall, author of Invasion to Embassy and Rivers and Resilience