Pinocchio's Dream illustrated by An Leysen 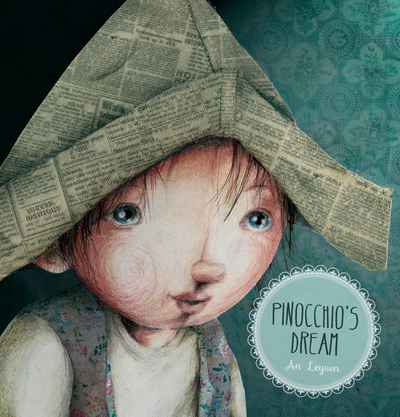 Pinocchio's Dream
illustrated by An Leysen

Once upon a time there was a poor and lonely carpenter named Gepetto who lived all by himself in a small room with one tiny window to let in some light. The carpenter decided to make a puppet that could keep him company, named him Pinocchio, and put so much love into making him that he became more than just a regular wooden puppet. Pinocchio could dance and jump, without anyone pulling any strings. He looked just like a real boy. And that was exactly what he wanted to be. But to become a real boy, Pinocchio first had to learn that he should never lie … the classic tale fun of detailed illustrations and with a surprising ending. Hint: dream.