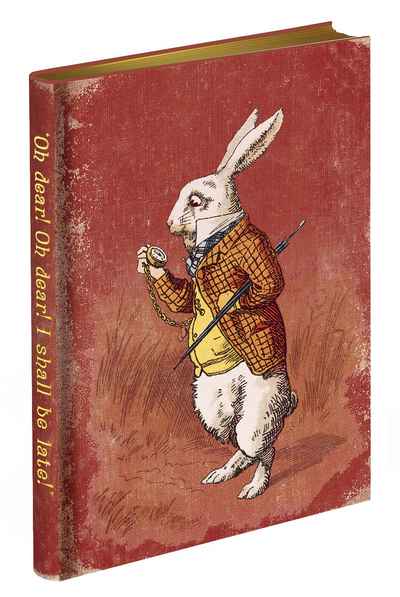 Invented to entertain Alice Liddell on boat-trips down the river Thames in Oxford, Alice's Adventures in Wonderland has become one of the most famous and influential works of children's literature of all time. It is hard to imagine Alice's Adventures in Wonderland without picturing the illustrations made by Sir John Tenniel for the first edition of the story. Sir John Tenniel (1820-1914) was the principal satirical cartoonist for Punch magazine for over fifty years and much in demand as an illustrator in Victorian Britain. At Lewis Carroll's request, he illustrated the first edition of Alice's Adventures in Wonderland, published by Macmillan in 1865. In 1889, he made coloured versions of the drawings for The Nursery Alice, an adaptation of the story created especially for 0-5 year-olds. Ten years later, Gertrude E. Thompson modified Tenniel's illustrations for a card entitled The New and Diverting Game of Alice in Wonderland.

These unforgettable illustrations, including the Mad Hatter, the Mock Turtle and the Queen of Hearts, among many others, are featured in these special journals. Beautifully produced in hardback with lined paper, coloured page edges, ribbon marker and printed endpapers, this Alice in Wonderland journal is the perfect gift for Wonderland fans.