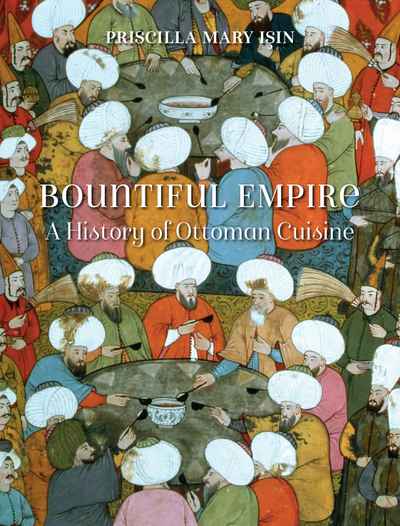 The Ottoman Empire was one of the largest and longest-lasting empires in history. In this powerful and complex empire, the production and consumption of food reflected the lives of people from sultans to soldiers. Food bound people of different classes and background together, defining identity and serving symbolic functions in the social, religious, political and military spheres.

Bountiful Empire: A History of Ottoman Cuisine examines the foodways of the Ottoman Empire as they changed and evolved over more than five centuries. The book starts with an overview of the earlier culinary traditions in which Ottoman cuisine was rooted, such as those of the Central Asian Turks, Abbasids, Seljuks and Byzantines, and goes on to focus on diverse aspects of this rich culinary culture, including etiquette, cooks, restaurants, military food, food laws and food trade. This meticulously researched account draws on more than six hundred primary and secondary sources, ranging from archive documents to poetry, and includes over one hundred illustrations. It is a fresh and lively insight into an empire that until recent decades has been sidelined or viewed through orientalist spectacles. Readers interested in food history and Ottoman history will enjoy this beautiful volume.