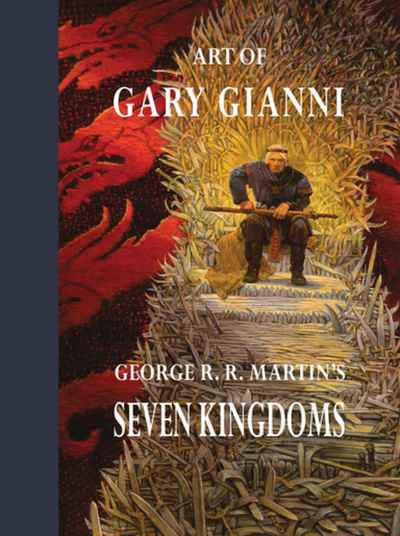 This book contains all of Gary Gianni's artwork for George R.R. Martin's A Song of Ice and Fire series.

Over 300 pages of beautifully illustrated scenes from the five novels in the series — A Game of Thrones, A Clash of Kings, A Storm of Swords, A Feast For Crows and A Dance With Dragons — are featured alongside passages from the books themselves. Also included are illustrations from the two prequels of the series, A Knight of the Seven Kingdoms and Fire and Blood. All together, the paintings and hundreds of drawings in pencil and pen-and-ink provide a unique view of the Seven Kingdoms of Westeros as seen through the eyes of the award-winning illustrator. Describing Gianni's artwork, George R.R. Martin says it's 'as if I am looking through a window into Westeros, that I am there with Tyrion and Daenerys, with Ned and Arya, with Dunk and Egg.'

All of Gary Gianni's previously shown pencil sketches and paintings have been tightened up and polished for this collection, making them appear as new works. In addition, over 35 pencil drawings appear for the first time. The artist draws on his longtime experience in comics and illustration to offer a unique perspective into Martin's universe. The book also includes an introduction by Cullen Murphy, who discusses the art of illustration and adds context to the pictures by providing an overview of Gianni's career. Notes from the artist reveal insight concerning his methods and the creative process of working with Martin, a relationship that has spanned five years to date.

'In this new collection, Gary has put together all of his Westeros art, including some work never before published. It's a beautiful book, one to delight my own readers and fans of fine art both.' — George R. R. Martin