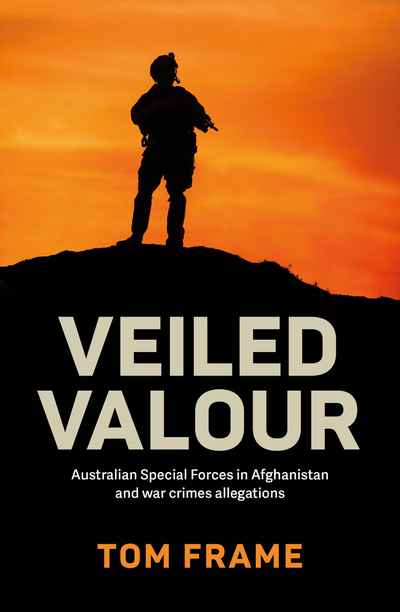 ‘Given the importance of ability, judgment, leadership and discipline to the effective performance of any military force, the nation faces a serious problem when the public begin to have doubts and politicians start to distrust, the capability of the defence force and the reliability of its members.’

Tom Frame, one of Australia’s most respected military affairs analysts, reveals the background to the war crimes allegedly committed by Australian Special Forces in Afghanistan between 2005 and 2013.

The Brereton report – the findings of a long-running inquiry into war crimes allegations involving members of the Australian Special Forces during their deployment to Afghanistan – was publicly released on 19 November 2020.

Veiled Valour explores the background to these allegations – the gradual demise of the Afghan state and society, the decision to deploy Special Forces personnel to Central Asia after 2001, the inquiries into apparent mistakes and alleged misconduct, and the shocking hearsay and rumours that led to a formal inquiry.

Concluding the day before the Brereton report’s public release, Veiled Valour sheds light on why the inquiry was necessary, how its investigations were conducted, where the media influenced its direction, and what the public expect to be told about its military elite.