There Was a Black Hole That Swallowed the Universe
Chris Ferrie, illustrated by Susan Batori 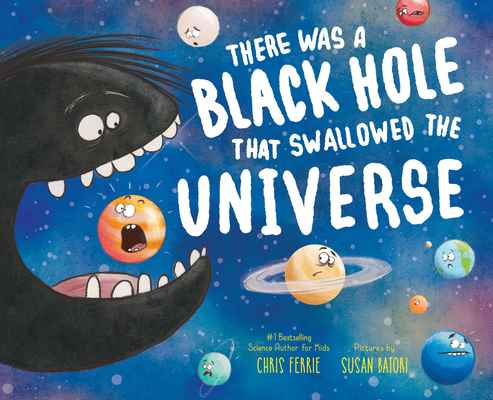 Spark creative conversations about celestial beings with this clever parody from the #1 science author for kids!

Using the familiar rhythm of There Was an Old Lady Who Swallowed a Fly, follow along as the black hole swallows up the universe and everything that exists in it, from the biggest to the smallest pieces of matter.

The silly, vibrant artwork is sure to make stargazers of all ages smile.

Bonus: Included in the book are instructions to create a craft to turn a cell phone camera light into a black light. Use this new invention to reveal the secret, invisible text and artwork that reverses the story from nothing to the scientific creation of everything!