The Man Who Played with Fire: Stieg Larsson's Lost Files and the Hunt for an Assassin
Jan Stocklassa, translated by Tara F. Chace 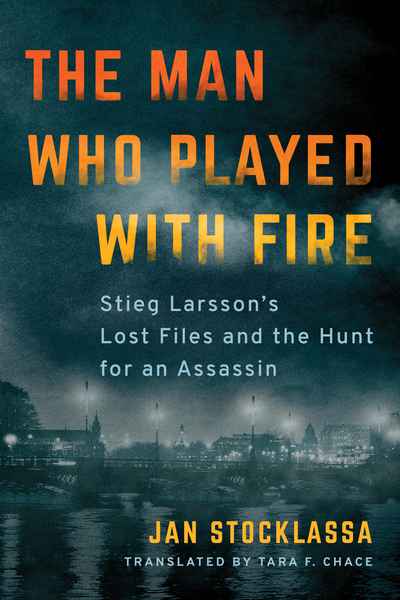 The author of the Millennium novels laid out the clues. Now a journalist is following them.

When Stieg Larsson died, the author of The Girl with the Dragon Tattoo had been working on a true mystery that out-twisted his Millennium novels: the assassination on February 28, 1986, of Olof Palme, the Swedish prime minister. It was the first time in history that a head of state had been murdered without a clue who'd done it — and on a Stockholm street at point-blank range.

Internationally known for his fictional far-right villains, Larsson was well acquainted with their real-life counterparts and documented extremist activities throughout the world. For years he'd been amassing evidence that linked their terrorist acts to what he called "one of the most astounding murder cases" he'd ever covered. Larsson's archive was forgotten until journalist Jan Stocklassa was given exclusive access to the author's secret project.