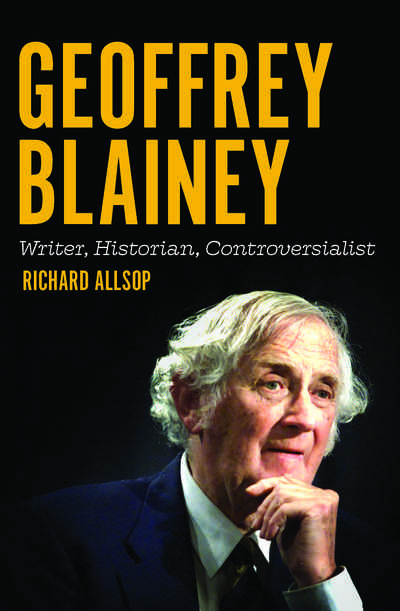 Geoffrey Blainey is often described as Australia's greatest living historian, a writer whose prolific output includes such iconic books about the country's past as The Tyranny of Distance and Triumph of the Nomads.

However, Blainey has also been a controversial figure. His 1984 comments about Asian immigration triggered a major political controversy. In turn, the reaction of his critics raised fundamental questions about freedom of speech and set the scene for the 'history wars' fought out in Australia over the past three decades.

Many academic historians were amongst Blainey's critics. After 1984, Blainey became stereotyped as a 'conservative historian' and thus outside the bounds of academic history, yet much of Blainey's historical writing, both in method and outlook, has been far from conservative.

Geoffrey Blainey: Writer, Historian, Controversialist challenges simplistic descriptions of Blainey's work. It sheds an important light not just on Blainey's career, but also on the past and present practice of history in Australia.