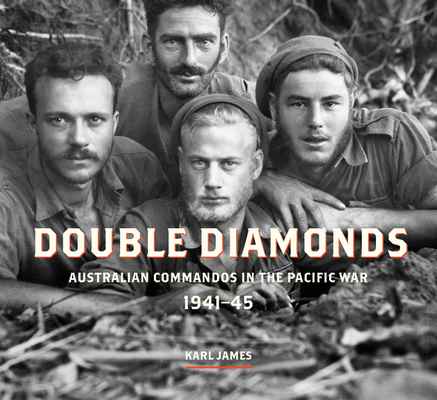 During the Second World War, in the mountains and jungles of Timor, Bougainville and New Guinea, Australian commando units fought arduous campaigns against the Japanese.

The story of these elite independent companies and commando squadrons, whose soldiers wore the distinctive double-diamond insignia, is told here for the first time.

Through 130 powerful images from the Australian War Memorial’s unparalleled collection – some never published before – Double Diamonds captures the operational history of these units and the personal stories of the men who served in them, many of whom lost their lives or the friends who trained and fought alongside them.