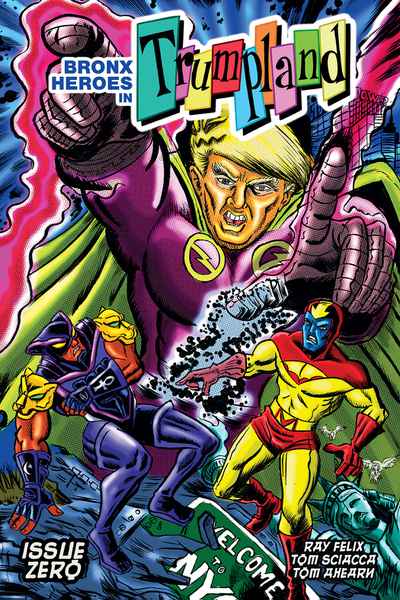 The Bronx Heroes take on their biggest foe of all, President Donald Trump, in this hilarious and boldly subversive comic book.

Astron Star Soldier is an astronaut/alien warrior who first appeared in Tom Sciacca's Astral Comics #1 in 1977. Black Power is an African American superhero, war veteran, and former boxer who first appeared in Ray Felix's comic A World Without Superheroes in 1993. As the Bronx Heroes dedicated to eradicating criminals and fighting injustice, they join forces to confront their greatest foe ever - an evil supervillain named Donald Trump. Outlandish and recklessly funny, Bronx Heroes in Trumpland is a comic book that will make you believe in America again.